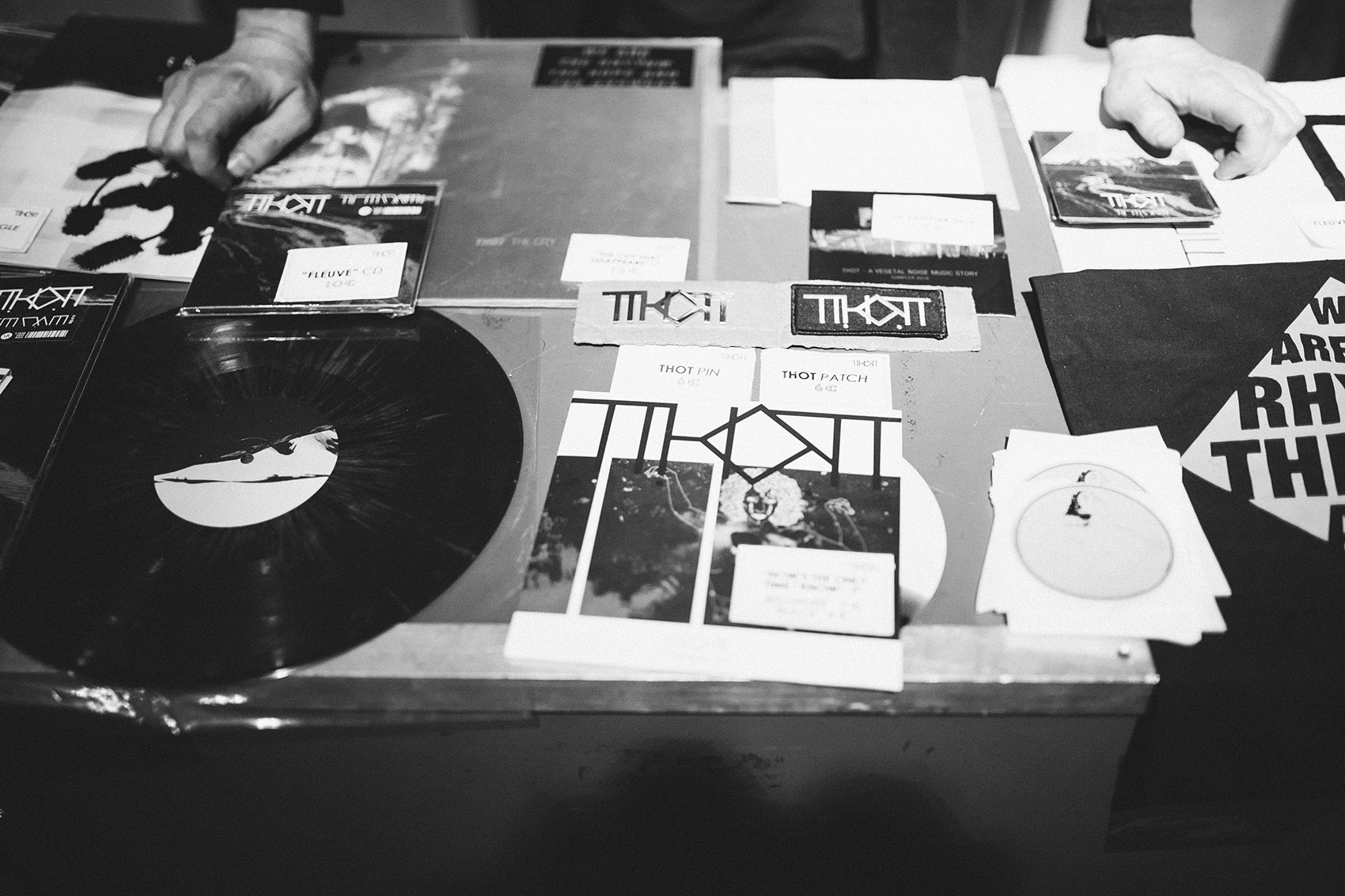 Visit our Bandcamp page or Spotify profile for more music.

– FLEUVE – THE TRIBUTARIES (2019)
A collection of b-sides and remixes from THOT’s latest record, FLEUVE (released in October 2017 on Weyrd Son Records). Navigating between harsh manipulation and alternative versions, this EP is a gift to the band’s fans community and is to stream/buy exclusively on Bandcamp from December 27th.

– FLEUVE (2017)
“The river that everything drags is known as violent, but nobody calls violent the margins that arrest her.”
This quote from Bertolt Brecht is the best way to portray FLEUVE, the devastating new album of belgian outfit THOT. Produced by Magnus Lindberg (Cult of Luna) and engineered in live circumstances, FLEUVE features 9 songs built around a powerful drums/bass/guitar trio, on which passionate vocals, heavy synths, clarinet laments and bulgarian choirs melt together perfectly. Thereby, FLEUVE is a luminous ode to the european continent and its cultural history, to nature’s immuable inspiration, to women and transcendance.